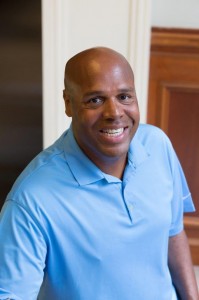 Juan Battle – academic, author, activist, and feminist – is a Presidential Professor at the Graduate Center of the City University of New York (CUNY); where he holds appointments in Sociology, Urban Education, Social Welfare, the School of Public Health & Health Policy, as well as the School for Labor and Urban Studies.  Additionally, he is currently the Executive Officer [Chair] of the PhD Program in Nursing as well as the former and inaugural Coordinator of the Africana Studies Certificate Program.

With over 100 grants and publications – including books, book chapters, academic articles, and encyclopedia entries – his research focuses on race, sexuality, and social justice.

In addition to having delivered lectures at a multitude of academic institutions, community based organizations, and funding agencies throughout the world, his scholarship has included work throughout North America, South America, Africa, Asia, and Europe.

2. Principal Investigator. Passing It Forward project links the personal stories of Black and Latinx, LGBTQ+ changemaking elders — those around 50 years old and above — to the political and social movements they are connected to.

3. Co-Principal Investigator. Higher Education & Anti-Racism (H.E.A.R.) initiative is housed at the University of Pittsburgh.  This initiative systematically analyzes, among other things, anti-racism statements from colleges and universities throughout the United States.

6. Fulbright Senior Specialist.  He was the Fulbright Distinguished Chair of Gender Studies at the University of Klagenfurt, Austria; and was an Affiliate Faculty of the Institute for Gender and Development Studies (IGDS), The University of the West Indies, St. Augustine, Trinidad and Tobago.

Additionally, Prof. Battle has and continues to serve on a number of boards and steering committees of community based organizations, academic journals, research endeavors, and more.

Further, he is a former president of the Association of Black Sociologists and is the former chair of the American Sociological Association’s section on Race, Gender, and Class.

Prof. Battle received his A.S. and B.S. from York College of Pennsylvania. His M.A. and PhD were both received from the University of Michigan.